Sermon: Made Glorious in God's Sight

One of the joys of the Christmas season we just finished is receiving mail. Most of the time, our mailboxes do not contain many things we would like to receive – just advertisements, bills, and credit card offers. But for about a month, we are transported to another era when our mailboxes are filled with warm greetings and maybe even gifts. In our days of easy electronic communication, receiving a personal letter can seem quaint, but it also can be a joyful surprise.

Writing a letter is what St. Paul is doing in today’s second reading. The Church gives us here just a short passage – it is really just Paul addressing the letter, before he has begun to say anything. So why would the Church present to us such a seemingly insignificant passage, just the title of a letter?

There is something about the way that St. Paul addresses this letter that is different than the way that we would likely address a letter. He is writing to the Christians in Corinth, one of the cities in Greece where people have first begun to follow Christ. Look at how he addresses them: “To you who have been sanctified in Christ Jesus, called to be holy.” The Christians at Corinth have been “sanctified in Christ Jesus.” To sanctify is to make holy. These people have been made holy by receiving Baptism, by being re-born as sons and daughters of God the Father, and by receiving Christ’s Body and Blood in the Most Holy Eucharist, already being celebrated by the Church even from Her earliest days.

It is not enough, though, that these Christians have been made holy through the sacraments -- they are also “called to be holy.” There is an important truth here for all of us: we have been made holy too by our Baptism, but holiness is not just a one-time experience. We are continually called to be holy. That is, we are called to be saints. In most languages, including the Greek in which St. Paul is writing, there is no difference between these two words. To be holy — is to be a saint.

In the first reading we heard more about what it is to be holy, what it is to be a saint. We heard the Lord saying, “It is too little for you to be my servant.” God does not want us merely to be His servants! In the Gospel, the Lord tells us, “the servant does not know what his master is doing.” The servant does what he is told, but nothing more, because he does not see the big picture, he does not know the full plan. This can often be us in our relationship with God. We can try only to do the minimum, try just to slide by, just what is necessary barely to stay in a state of grace. So often, we see “doing pretty well” as the standard to be achieved.

But this is not what God wants from us -- He wants us to be saints! He wants us to be able to say with the prophet Isaiah, “I am made glorious in the sight of the Lord”! Isaiah is writing here to a people who are in exile, a people who long to return to their homeland, the land promised to them by God. Isaiah's prediction to them really seems impossible. Think about the history of the Hebrew people. After 40 years of wandering in the dessert, they finally manage to get to the Promise Land, but they can only hold onto it for a few hundred years before they are kicked out by a whole series of invaders. These people are longing with all their being to return to this land given to them by God. And yet, God tells them through the prophet that not only will He fulfill this deep longing, but what they desire is not enough. He wants to do something even greater! He says that it is not enough for them to be restored to their homeland, to what they had before. Rather, He tells them, “I will make you a light to the nations, that my salvation may reach to the ends of the earth.” He will make them glorious in His sight!

We are glorious in God’s sight because we are loved by Him. God’s love for us is absolutely unconditional. There is nothing we could ever do, no sin we could ever commit, that would make Him cease to love us. In his love for us, He also gives us freedom, a freedom that we often use to stray from Him and turn our backs on His love, but that does not mean that His love is changed at all. He is the merciful Father who is always watching and waiting with the same love He had from the beginning. After all, the Scriptures tell us that God is Love Itself. We might sin, but sin changes us, not God.

As a consequence of God's infinite love, we are glorious in His sight when we are forgiven. God's love is the foundation of His forgiveness. His love is infinite – and so is His forgiveness. When we humble ourselves before God’s majesty with the confession of our sins, He responds not only with His generous and unlimited forgiveness, but also with a new outpouring of His grace that makes us a new and glorious creation. When we are lifted of the burdens of our sins we have a joy and a freedom that, in our very being, gives glory to Him. That joy that you experience whenever you leave the Sacrament of Confession – that joy gives glory to God! Of course, we should go to confession any time we have committed a mortal sin, but we should also go regularly (I’d say, at least once a month) in order to be strengthened by God’s grace in order to resist temptations to grave sins – to remain glorious in His sight.

In the first reading, Isaiah the prophet says that the Lord, “formed me as his servant from the womb” that Israel might be gathered to Him. Before he was born, the Lord knew him and had a plan for him. God’s people, the people of Israel, were far from Him. They were exiled from their homeland, the land promised to them by God, and they were forgetting about God through adopting the religions of the people who had conquered them, and living not in accord with God’s law through all sorts of moral failures. So God sent Isaiah to call them back to living in accord with His law and to promise them a savior, who is Christ. This is why we read Isaiah all during the Advent season.

This calling to prophetic witness and calling to holiness are very closely connected. Living the Gospel call in its radicality – truly pursuing holiness and not just being holy enough – means that we can be effective witnesses to the world. The crowds listened to John the Baptist when He pointed out Jesus to them because he had already earned their respect and trust. Unlike the hypocritical scribes and Pharisees, John lived what he preached and his life was clearly different because of his own encounter with the Lord. In order to take up the invitation to serve the Lord in prophetic witness, we must also be credible witnesses by living the Gospel in its fullness.

Maybe you have thought to yourself, “God would not call me! He would not want to use me! I do not have any talents He would want to use, and I am too much of a sinner.” Remember the Israelites addressed by the prophet Isaiah. They couldn’t comprehend the big plans that God would have for them because they thought of their relationship with Him as something that only impacted themselves. They did not realize that God wanted to make them a light to the nations. That promise isn’t fulfilled because of the Hebrew people doing anything great, though. They only become a light to the nations by being the people from whom came forth the Savior of the world, Jesus Christ.

God also wants you to be a light to the nations too, but we are not really talking about something that God needs you to do. We are talking about something that Jesus wants to do in you. Remember that trio I gave you for how we are glorious in God's sight: loved, forgiven, called. He calls you to serve Him because He loves you, and as a consequence of His love, He forgives any sin you confess. Do not worthy about your worthiness to answer His call – you are infinitely loved and forgiven by the same God who calls you to serve Him. We are all unworthy of His calling, just like those people whom He said we made glorious in His sight, but He wants to use you just the same to spread the message of that infinite love and forgiveness He wants to share with all people.

Never forget that you are glorious in God’s sight. You are loved, forgiven, and even called, by Him.

Palm Sunday Sermon: Purified and Given Back 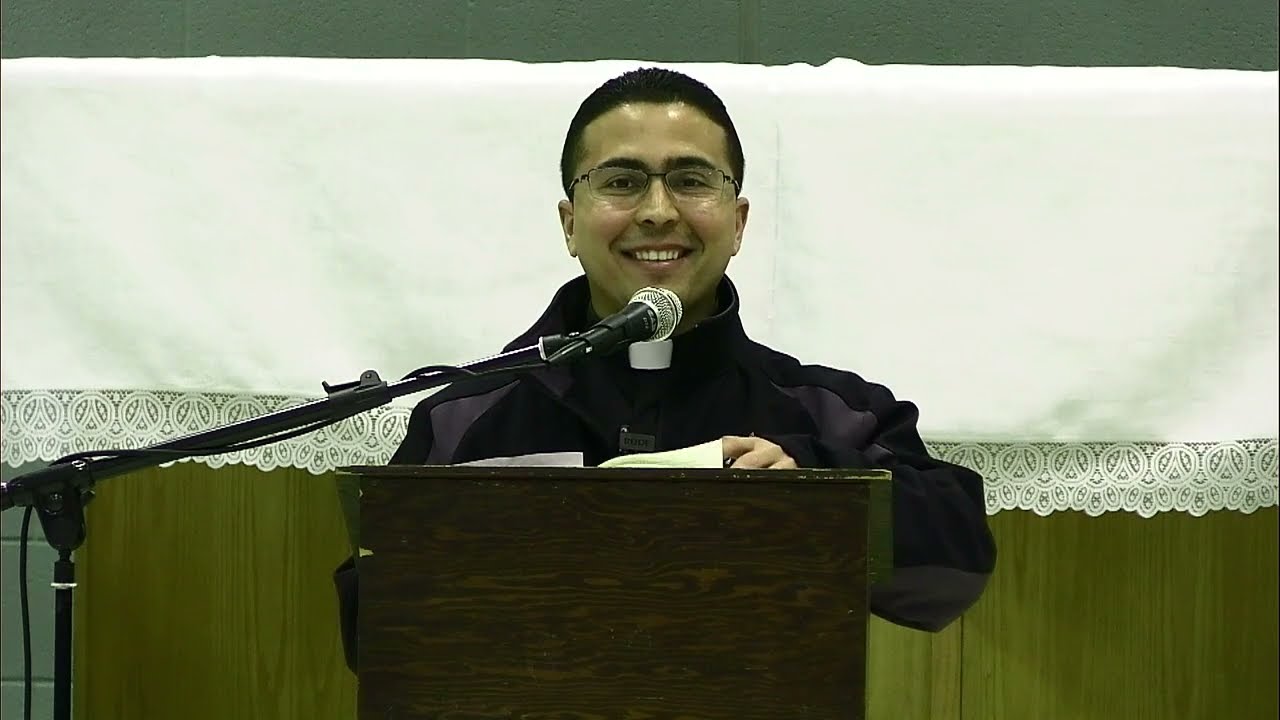